The project “Section” by Elena Anosova shows women condemned to serve sentences of different lengths in Siberian prisons. It deals with the subject in an original and sensitive way. Instead of exhibiting daily life inside the detention centre, the photographer chooses to show the prisoners through portraits of one woman or in pairs, where the space of the prison is minimized, becoming a neutral background. The frame of the portraits seems to give these women a moment of suspension from isolation and from constant surveillance, an intimate moment of self-meditation, sheltered from the endless exposure they are subjected to.
The women are portrayed without judgment, with honesty and softness, and they are offered to the audience in their humanity and vulnerability.
After a careful and in-depth evaluation, the jury unanimously granted this award.

The project is about women, the author takes a closer look at the dynamic interplay of processes of isolation and surveillance, at unique qualities of emotional and social relationships within restrictions of artificially insulated women’s societies. The author spent several months, working in prisons for women in Siberia.

In a paradoxical way, in Russia, almost exultant romanticization of the prison coexists hand in hand with squeamish rejection of daily prison routines and living habits of inmates. While working on the project, the author realized that, prison community is a model of our “society”. The demolition and erosion of the last vestiges of the intimate are accelerating everywhere. 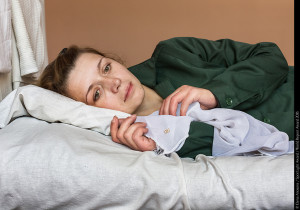 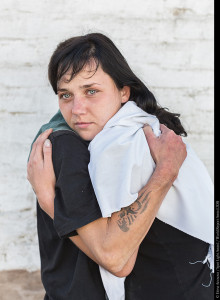 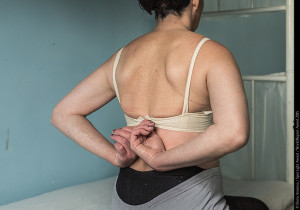 This pressure is glibly justified by its preventive nature. With the development of Internet and current technological advances various monitoring systems became part of our everyday life. Total surveillance of all the aspects of private life became possible. Nobody is protected. On a macro-social level this control is being realized through a dense network of administrative decrees; on a micro-social ground floor it is imposed via mesh of unsaid rules. In the enclosed space of prison a woman is always in the position of being watched, observed. She is deprived of any — even fictitious or imaginary — possibility to be alone. Many years of complete nudity and the loss of intimate space cripple a personality that is placed in a society as merciless as it sees fit to crimes committed. 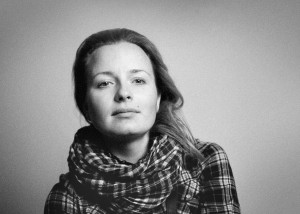 Originally hailing from the picturesque region of Baikal, artist Elena Anosova is currently based in Moscow, where she studies documentary photography at the Rodchenko School of Photography and Multimedia.

Born in 1983, 2006 graduate diploma in Technology of art processing of materials, ISTU, Irkutsk, Russia, since 2011 based in Moscow.

Since 2013 student The Rodchenko Moscow School of Photography and Multimedia, the department of documentary photography (Valeriy Nistratov).