This is a reportage that succeeds at joining the narrative of the real world of news report to a distant world, made of land, people and hidden places.
The photographer manages to convey with a deep look a border, a line that only those who are personally involved in the situation can express.
Ludovicu’s search becomes the subtle visual line that links the territory to its people and feelings.
After a careful and in-depth evaluation, the jury unanimously granted this award.

Ludovicu’s disappearance. He arrived in Montescaglioso (Italy), with his family, from Romania. Ludovicu was 57 years old and he was suffering from Alzheimer. One day in December 2013, he went out from his home and he never came back. Veronica, his wife, waited for him for hours. She finally came to our police station. Ludovicu’s story has touched my heart. I am a police officer and I have a passion for photography . I did not want this story to be forgotten.

In the Winter, it becomes dark very early. Ludovicu’s home is located in the town center. Everything had the taste of poverty. The walls were damp with peeling paint. Veronica was very heartbroken and tired. We needed her husband’s clothes: she slowly gave us his trousers and some of his underwear. The dogs had to sniff them so as to find a trace of the man. We would like to give some hope to Veronica. We would like to fight the evil premonitions and try to find her husband. 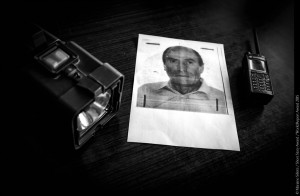 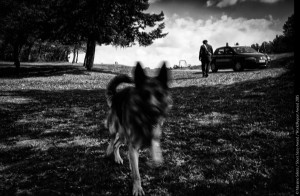 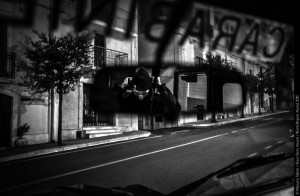 We tried to find him in the countryside, we entered the abandoned cottages. Where we found other stories, we came across other women and men’s lives. It was such a melancholic winter. While we were trying to find him, we stumble in so many different lifestyles. We came across other emigrants, the shepherds, the peasants and the citizens from our town. I looked at them with different eyes. Our search was persistent, my goals were out of focus.

I had come across a mystery and suddenly I realized it. I saw fear and pain. A man suddenly disappears without any trace. I was surrounded by shadows and I wanted them to vanish. After winter, spring came. I wanted to find some encouragement even in these obscure months.

Uptil now, no traces have been found of Ludovicu’s disapearance. 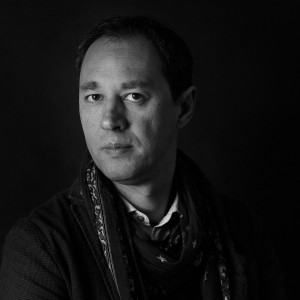 Mariano Silletti was born in Pisticci in 1972 and currently lives in Matera (Italy).

He joined the Carabinieri Forces, at a young age, in 1991. In 1997 he studied and attended a photography course in Bari. His photography captures scenes of ordinary life, stories of men and women he has come across during his duty as a carabiniere.

His photography is emotive, full of feeling and strength. In 2015 the project “Domus Sapiens” was selected by Leica Talent as one of the best projects of the year.