The second edition of World.Report Award | Premio Italiano di Fotogiornalismo comes to an end. Over 300 photographers from the five continents took part.

A special thanks goes to all the agencies, associations, photography schools, and to all the persons that actively divulgates the news of the award.

Thanks also to all the participating photographers that sent their work believing that the award is an important place to confront themselves.

The jury, formed by the staff of the Festival of Ethical Photography with the external co-operation of the director of the magazine “Il Fotografo” Sandro Iovine, decide to give the second World.Record Award to Donald Weber with his reportage “Interrogations”.

The jury intends to award the originality, in the field of photojournalism, of the language used to visually represent the psychological relationship between mankind and power. Weber’s story puts together the intimate and personal suffering and the clear journalistic analysis. Going beyond and above the limits of a serial work, it’s able to express a fine, yet extended range of emotions but always remaining, and maybe thanks to this, always in a limited, closed and claustrophobic space. The use of colours gives and amplifies perfectly the expression of details. The powerful and deep critic to a juridical system is fed and expanded by the faces, the gestures, and the clear fear of every person. Anxiety changes in continuously new expressions. 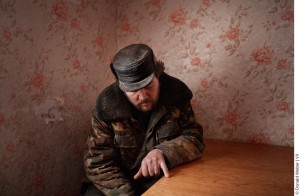 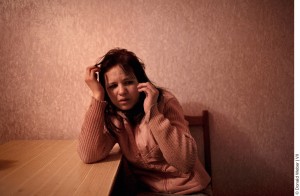 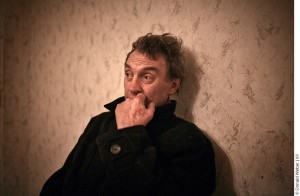 Interrogations is about a place where justice and mercy and hope and despair are manufactured, bought, bartered and sold; a sound-proofed factory where truth is both the final product and the one thing that never leaves the room. I was looking to make a very simple photograph, but a very complex portrait. For truth is complicit: a mutual recognition, however fleeting, of power, and surrender to power. This work interrogates the interrogators.

Without confessions and guilty pleas, courts everywhere would grind to a halt in an instant; over 90% of all charges in the Russian judicial system end in guilty pleas, and only experienced criminals or highly-educated defendants stand a chance in any justice system. It is not designed to give everyone a fair trial; this is what the cops are doing behind their closed doors— the feudal system’s trial by ordeal is still much with us. Trial by ordeal – that is what is going on here, but closed to the public now.

Each suspect is given space equal to the space of their interrogation room. That is, this piece stays fixed within the confines of the Interrogation Room, describing the people who enter it and leave it, their histories their drama. Young and old, male and female, weak unfortunates and hardened criminals, all. 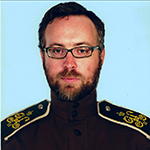 Prior to photography, Donald Weber originally trained as an architect and worked with urban theorist Rem Koolhaas’ Office for Metropolitan Architecture (OMA) in Rotterdam, The Netherlands. He freelanced for the international press in places as diverse as Africa, Eastern Europe, Russia and South America before taking aim at the bigger picture: the growth of insoluble World Power. He has since devoted himself to the study of how Power deploys an all-encompassing theater for its subjects; what he records is its secret collaboration with both masters and victims.

Recent major projects include The Underclass and Its Bosses: Crime & Punishment in Ukraine, which won the Lange-Taylor Documentary Prize; Bastard Eden, Our Chernobyl, which won the photolucida Book Award; The Drunken Bride, Russia Unveiled, completed with a Guggenheim Fellowship; Opera of Power, which won a Canada Council Fellowship; and his latest book, Interrogations, about post-Soviet authority in Ukraine and Russia, released by Schilt Publishers, winter 2012.

His work has appeared in numerous international publications including Amica, Der Speigel, The Guardian, Newsweek, New York Times, New York Times Magazine, Rolling Stone, Stern, Time and The Walrus. He has worked with the NGO’s Medecins sans Frontieres, the United States Holocaust Memorial Museum and War Child. Weber’s photography projects have been exhibited at festivals and galleries worldwide including the United Nations, Museum of the Army at Les Invalides in Paris, the Portland Museum of Art and the Alice Austen House Museum in New York. Other major awards include the Duke and Duchess of York Photography Prize, two World Press Photo awards, PDN’s 30 and was named an Emerging Photo Pioneer by American Photo.

Currently Don is working on his next project, The Drowned City, which explores the City inundated by its technological future. He is a member of the acclaimed VII Photo Agency.