It just reached its end the first edition of World.Report Award | Premio Italiano di Fotogiornalismo that saw the participation of international photographers with more than 240 projects from all over the World; this allowed the Award to have since the very beginning a high level of quality.
An important thanks must be given to all the photographic agencies, photography associations, photography schools and everyone who helped in allowing the news of this newborn award to be spread widely.
Also thanks to all the photographers who took part with their projects and though this award was a place to confront themselves.

The jury, composed by staff members of the Festival of Ethical Photography and ArtèFoto Festival and with the collaboration of Sandro Iovine, director of the photography magazine “Il Fotografo“, decides to assign the first award to Fausto Podavini with his project “MI RE l LA“.

The jury believes that this work deserves the award as it has been able to use photography to communicate in a great way and to tell a delicate and personal story making it universal and close to all of us.
The author has been able to communicate emotions and information completely and intimately.
The deep, precise and close relation within the single images reached an extremely high level of communication as a whole and unique story, putting together with grace the quality of every single image with the sense of the story and of the reportage, which this project represents in a great way. 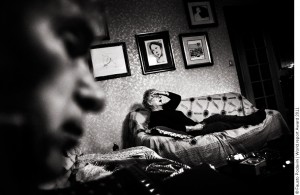 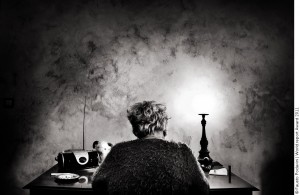 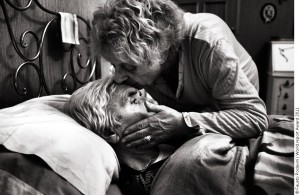 Mirella 71 years old.
She spent 43 years of her life with the only person loved, 43 years of sharing difficulties, laughs and beautiful moments; a family, a house, values handed down. Since few years her days are cyclic, monotonous because of her husband’s illness, anyway she tries to look forward with devotion, strength and love… as long as there is life there is hope… even if memories are slowly wasted day by day relentlessly.

Mirella is the love story of a woman for her husband, woman suddenly forced to face on her own the biggest difficulty experienced in her life, made by hopes and unbelief, pain and resignation, sorrow and powerlessness.

Dementia mainly affects older people, although there is a growing awareness of cases that start before the age of 65. After age 65, the likelihood of developing dementia roughly doubles every five years.

People affected with dementia, their families and friends are affected on personal, emotional, financial and social levels. Lack of awareness is a global problem. A proper understanding of the social costs of dementia, and how these impact upon families, health and social care services and governments, may help to address this problem.

It is vital that governments and policy makers across the world recognize that the cost of dementia will continue to increase at an alarming rate and we must work to improve care and support services, treatment and research into dementia in all regions of the world. (World Alzheimer Report 2010) 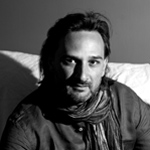 Born in Roma in 1973, specializes today in reportage photography after completing a course held by famous photographer Dario De Dominicis as well as several workshops realized by artists such as Francesco Cito.

He specialized at first in studio photography in cooperation with Antonio Arminio; he then moved towards a more socially oriented photography, also following his participation in the Officine Fotografiche. He also obtained a photography Master’s degree at John Kaverdash Academy of Photography in Milan.
He contributed with his work to the 2006 and 2008 edition of Fotoleggendo exhibition , displaying works such as Ostiese25 and [IM]POSSIBLE , which are both expressions of his personal commitment in the social field. The OSTIENSE25 reportage was also showcased as part of the International Photography Festival in Rome in 2007. He is not only passionate of Social Reportage but is also keen on Ethnographic photography; for this reason he attends various religious and public events in order to catch local tradition.
Currently he collaborates with the Photography Collective WISP teaching photography: theory and laboratory.