“Tizzi” Project started in Lodi 10 years ago, aiming at gathering a working party in the Province of Dobrush in Bielorussia cooperating with the local institutions in the social assistance activity towards children and families in serious difficulties. 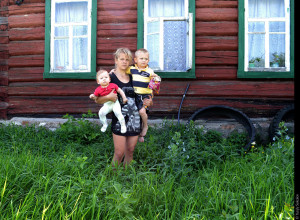 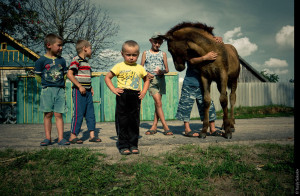 At the beginning “Tizzi” Project mainly concentrated on the presence of the abandoned child, on finding and training fostering families living in the same areas as the children’s one. The results were excellent and surprising.

In five years (from 2005 to 2010) , the working party found and trained 53 fostering families and more than 80 children were fostered. We can say , with a bit of pride, that in that province , very few chidren have been sent to an orphanage.

Since 2011 “Tizzi” Project has developed and concentrated on children’s biological families showing heavy problems such as alcoholism. A totally new and revolutionary task if we think of the situation in Bielorussia, as nobody had ever worked in this field.

Trying to prevent the child from being abandoned and trying to help the child’s getting back into the biological family has been a very difficult task. At the present time the biological families helped by the people working for “Tizzi” Project are about 30, subdivided according to their typology and the way of intervention (individual or group psychological work, social work, pedagogical work, money benefits and material help).

The Project aims at concretely helping the children , so as they can stay and live with their biological parents.

“Tizzi” Project has become, during the years, bigger and bigger, more and more important, considering the human , economical and material energies which have been employed., and the results have been more than satisfactory.

More and more children have been prevented from being abandoned, some families have been rehabilitated, new volunteers have been approaching the Project and institutions have been paying more attention to social problems.

All this lets us understand that we are on the right way, because with such an experimental Project, which has affected the whole community and has so well radicalized, it means that there will be a future for it and will become the whole society patrimony.

Irina Yeutuhova was born May 12th, 1963 in the town of Gomel (Belarus). After graduating, she worked during about three years as teacher in a nursery school. Started her work in art as an illustrator for the school magazine. From 1997 to 2000 she attended language courses at the Moscow University to be able to teach Russian language to foreigners. Thanks to her university knowledge she has been able to publish more than fifty papers on scientific – language subjects and to attend various meetings abroad; in August 2013 she attended the International Meeting on Slavonic Language in Minsk (Belarus). Presently she works as a volunteer in a Nursery School in Gomel. She writes poems and illustrates books for children. She has performed six personal exhibitions of painting and graphics. Finally she has discovered her passion for photography.

Yuriy Sokolov was born November 1st, 1961 in the town of Murmansk (Kolsky peninsula, Russia). After a “nomadic” adolescence, following his father who moved continuously for business, in 1985 graduated at the national aerospace university in Kharkov (Ukraine). From 1987 to 1993 has been working for the aerospace industry ENERGIA (Koroliov, Moscow area), involved in the design of reusable space systems (“Energia Buran”). In 1993 he has open a design studio, working to books, calendars and gadgets for customers in the aerospace, petrol and gas areas. He is interested in photography since 2008, travelling frequently in Russia, during his travels he has produced two books of pictures. His present interests are poetry and art, modern philosophy, music in all its forms (from modern to classical). Married, two sons, a boy 16 years old and a daughter 11 years old. Lives in Koroliov, works in Moscow.

It is recorded in the Voluntary Association Registers of Lombardy Region and of Lodi Province (n.2644-DPGR 48046/99), and it is , therefore, ONLUS (NPO) by full right; it has over 300 members.

The Association has got its own Internet site (www.amicidiserena.it) and its own Facebook page, frequently giving updated news about its activities and information about its Projects, with a wide photo gallery; besides it has got an e-mail address (posta@amicidiserena.it).

Once a year, in March, a newsletter (“NOTIZIARIO”) giving information about the life of the Association is issued and mailed to 500 members and friends.

The Association aims at promoting services to children, such as:

“Amici di Serena” Association aims at making solidarity, not an occasional action, not an episodic gesture, but an intervention constant, a life habit.

The Association’s activity is realized through initiatives and Projects.

We can mention in particular: