In the 2016 CCSP-JP, a Mexican NGO, has published the ranking of the 50 most violent cities in the world. All but 8 of the 50 worst cities on the list are to be found in Latin America and 19 in Brazil. Numbers that make someone’s blood run cold, even if we only analyze Brazil where in the last year homicides have been 60.000. 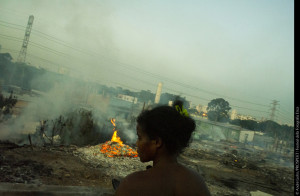 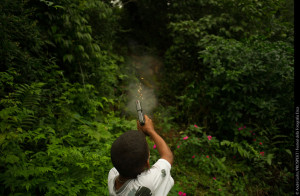 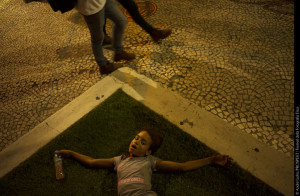 Police has killed an average of 6 persons everyday and violence has triplicated.

Only Syria is worst while in the last three years, with 172.000 homicides, Brazil by itself has exceeded all the killed victims of 12 countries like Iraq, Sudan, Afghanistan, Colombia, Congo, Sri Lanka, India, Somalia, Nepal, Kashmir, Pakistan and Israel.

According to the “Map of violence: Homicide and youth in Brazil”, violence among the Brazilian youths has increased over the past three decades. Between 1980 and 2011, the violent deaths of young people – caused by accidents, homicide or suicide – grew by 207.9% and, if we consider only murders, this increase reaches 326.1%.

It’s drug that has turned Brazilian favelas into an hell, with millions of human beings forced to live without sewers, hostage of an absent government or, even worse, accomplice of the gangs that compete for the huge drugs market. Everyday, very young affiliates of the gangs, as well as their relatives and friends, are involved in bloody revenges that cause deaths not only among civilians but also among the police that tries to contain the wave of violence that at this point looks unstoppable.

Simultaneously to what happens in the favelas, during last years Brazil has seen an increase of demonstrations by citizens tired out by the huge disruptions in public services and by the rise of taxes caused by the organization of big events like the Football World Cup and the Olympic Games; demonstrations that very often are suppressed by police with an excessive use of force.

“In Brazil the possibility of violent death is present in everybody’s life. At any moment, wherever you are, no matter how much money you have”.

André Liohn grew up in Botucatu, Brazil. In his early 20s he moved to Trondheim, Norway where he lived for 15 years. He started photographing at the age of 30. In his first years in photography, he met the Czech photographer Antonín Kratochvíl who became his personal friend and mentor, influencing his work and his views about photography.

In 2011 André became the first Latin American photojournalist to receive the prestigious Robert Capa Gold Medal by the Overseas Press Club for his work on the Libyan Civil War and nominated by the Prix Bayeux-Calvados des Correspondants de Guerre. His work documenting the challenges faced by health care personal working in conflict areas, has been used by the ICRC’s Health Care in Danger project, denouncing cases of violence against health care personal around the world.

In 2012, with fellow photographers Christopher Morris, Jehad Nga, Bryan Denton, Lynsey Addario, Eric Bouvet and Finbarr O’Reilly, he created the project ADIL – Almost Dawn in Libya, four photo exhibits in the main Libyan cities of Tripoli, Benghazi, Misurata and Zintan in order to use photojournalism as a possible bridge for reconciliation in Libya after its civil war.