October 27, 2005, in Clichy-sous-Bois, a northern suburb of Paris, Zyed Benna and Bouna Traoré, 15 and 17 years old respectively, died electrocuted, while they hid from police in an electrical transformer. In the next hours, friends and neighbors took to the streets in protest. This provoked clashes with security forces that quickly spread throughout Parisian suburbs.

In the following days, the revolt burned through numerous periphery areas throughout the country, until November 8th, when the French government declared a state of an Emergency. 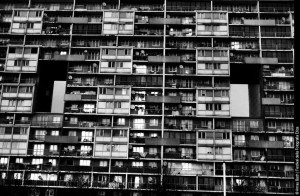 The confused and the decontextualized images of uncontrollable violence inspired this work. One year after the riots I decided to go there in order to understand a reality that is only shown when it becomes sensational enough to be covered by mainstream media. In 2006, 2007, 2010 and 2012 I spent long periods of time in Seine-Saint-Denis (Department 93), one of the most populated suburbs of Paris with 1.5 million inhabitants.

This work seeks to reflect on the lifestyle of youth in these ghettos: their gregarious existence and their love for hip-hop culture, the lack of opportunity and the absence of social services and recreational facilities which leads them to stay idle in the streets.

Beyond the harshness of their social codes, youth culture rebels as an act of resistance against of a present where they don’t have much to gain and even less to lose. 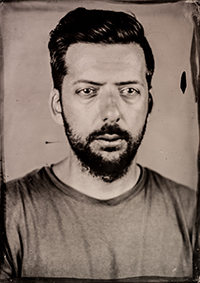 ARNAU BACH (Barcelona, 1981) was self-taught in photography until winning a fellowship to attend the photojournalism program at Barcelona University (UAB). After six years photographing daily news for Spanish newspapers, he decided to start producing his personal work. The result of this new stage in his career is “SUBURBIA”, an essay about daily life in the Paris suburbs that began in 2006. In 2016 Bach joined the VII Mentor Program at VII Photo agency being mentored by photographer Christopher Morris.

He’s currently based in Barcelona spending short periods in Paris.

His work has also been exhibited at the Museum of Photographic Arts in San Diego, the LUMIX Festival for Young Photojournalism in Hannover, the Tokyo International Photography Festival, Head On Photo Festival in Sydney and the Photoreporter Festival in France.