Brent Stirton - The violation of Eden

People recently began to describe me as an environmental photojournalist and I think that’s become true. This arena is where I spend 70% of my time. I photograph this work because I feel useful in this sector. I see humans as the apex predator on this planet and I watch with increasing unease as we swarm like locusts over the earth’s animals and its wild spaces. We consume, we do not live in harmony. 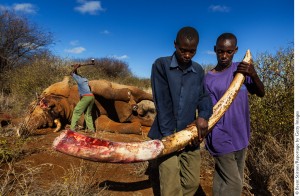 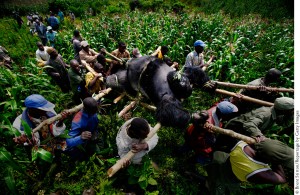 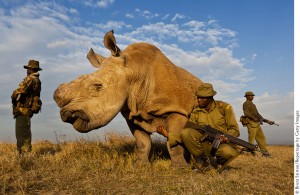 I have photographed wars, famines, diseases, all of the usual suspects in my business but it wasn’t until 2007 when I photographed 7 dead mountain gorillas in the Democratic Republic of Congo that I actually felt useful. I had been photographing aspects of the conflict in Congo for years. I thought I’d made a few strong images but the reaction I experienced with the images of the dead gorillas was unprecedented. Around the world, people really seemed to care, and not only for the dead gorillas but in a renewed way for the victims of the human conflict too. For the first time I realized the innate connection between the world of man and the world of nature and how conflict often blurs the lines between them. I began to spend more time working on stories that told how man’s interference in the natural world could ultimately be his undoing, that it was not possible to do these things to the planet without ultimately doing them to yourself. There is an ugly, one-sided convergence of people and animals. As we move closer to 8 billion people on this small planet, this will only increase to the detriment of all. As the leading species, we have a duty to care for our home, and for all her inhabitants. For me personally, animals are like children, they are innocent and they deserve our love, respect and above all, our protection. Many of these species are sentient beings. They feel, they have social order, they live in harmony, they are capable of love and affection and a greater understanding of us than we give them credit for. Slaughtering them makes us look like barbarians in comparison. We live in an age where the world is more connected than ever. There is tremendous potential to arrive at a common value system for our planet and for all of earth’s inhabitants. In order to do this, we need to achieve a balance between man and nature that has to become a priority that rises above individual and cultural values. We already have too many people on this planet, and if we are to avoid inevitable and massive failure for our civilization, leadership will have to prioritize the environment as much as it does economics. They do not exist in isolation from each other.  I see my job as contributing information to the dialogue on the environment and man’s relationship to it. We are in a time race now, a race that right now means another 20 to 30 years for most species in the wild today. Try to imagine a world where the only elephants, lions, tigers, rhinos, gorillas, giraffes and all the other species are only found behind bars in polluted cities. Your children will never see them in their natural environments, they will never know how it feels to be on a great plain in Africa and see thousands of animals go majestically by. They will never know what it to hear a lion roar in the night, or watch in awe as a herd of elephants walks past, shaking the earth on their way. Those children will never know what it feels like to look directly into the eyes of a silverback gorilla and have him look calmly back at them with eyes that can only be described as profoundly human.

I have had the privilege of all those experiences and far more. My photography is a way of trying to communicate the magic of those moments to an audience and to warn them of how close they are to losing that possibility forever. 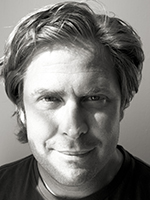 Brent Stirton is a South African Photographer with an extensive history in the documentary world. Brent’s work has been published by: National Geographic Magazine, Human Rights Watch, Newsweek, Time, The New York Times Magazine, The Sunday Times Magazine, Geo, CNN, and many other respected international titles.

He has been a long time photographer for WWF, the World Wide Fund for Nature, shooting campaigns on sustainability and the environment. He has worked for the Ford, Clinton and Gates Foundations, the Nike Foundation and the World Economic Forum. Brent also shoots regular reports for Human Rights Watch.

Brent was elected a Young Global Leader, an affiliate program of the World Economic Forum, in 2008. He is also a Canon Ambassador, one of 12 photographers representing Canon photography. Brent has worked extensively on water issues in the majority world, photographing in more than 30 countries on this theme. He has photographed extensive essays on HIV/Aids issues across multiple countries in an ongoing long-term project.

Brent has received 2 awards from the United Nations for his work on the Environment and in the field of HIV AIDS. He has won the Visa D’or at the Visa Pour L’ image Festival in France for Magazine photography. He also won the National Magazine Award for his work in the Democratic Republic of Congo for National Geographic Magazine.

Brent guided a documentary on Virunga National Park in Conflict for National Geographic Television as well as appearing in the show. The documentary won the Emmy for Best Documentary Feature as well as a Bafta Award for Best Documentary. In 2012 Brent received a Peabody Award for his work with Human Rights Watch for most significant work in an electronic medium. In 2013 he received 3 awards from Pictures of the Year international including a first for The Environmental Vision Award.

His work has appeared in numerous print shows around the world and his images are in a number of museum collections. Brent currently spends most of his time working on long-term investigative projects for National Geographic magazine. He remains committed to issues relating to Global health, diminishing cultures, sustainability and the environment.