The exhibition is the result of the union of two separated works, and it aims to show us how the Italian city of Trieste still keeps some sort of familiarity with madness mostly due to the hard work of Franco Basaglia. 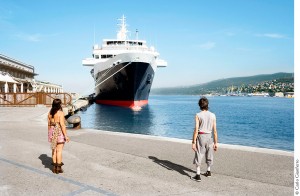 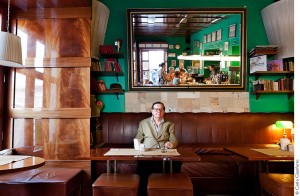 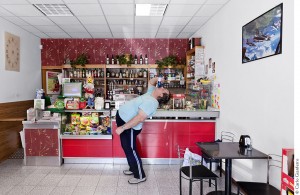 Nevertheless a traditional saying states that “every bar has its own madman”… a proverb not to be literally understood, because it does not mean a real mental illness. We just have to exceed the definition in order to spot anyone who is not conforming to the established behaviour’s rules.

Carlo Gianferro inspired by this traditional saying handled with respect and formal rigor the strange world of Trieste’s bars. Without judging the subjects, Carlo poetically tells us stories of people marked by loneliness but free to live and move into the society.

Franco Basaglia’s reform on public healthcare in the psychiatric field permitted the social and affectivity rehabilitation of people suffering of mental disorders.

The story of Charlie and Donatella is a perfect example of this process; they reached a dimensional couple’s happiness, despite their psychological disease. Since adolescence their existence was upset by emotional suffering that led them up to the mental hospital.

If in the past people like Charlie and Donatella would have ended their lives in a psychiatric hospital. Instead, they currently live independently and work in the Academy of Madness as actors. 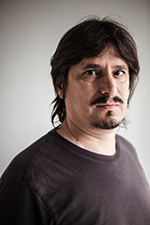 Carlo Gianferro (b. 1970, Italy), is a freelance photographer based in Rome, he worked for from 2004 to 2008 with the Romanian and Moldavian wealthy Roma communities, as a result of this long term project he published two books “Gypsy Architecture” by German Axel Menges Editions and “Gypsy Interiors” published by Italian Postcart Edizioni. In these years he carried on personal projects in Eastern Europe, Africa and Middle East. He’s now working on Italian issues exploring the mental illness subject. He’s interested in exiled workers and other fragile communities. His photographs document people’s conditions and show them in their environment where the architectural setting or backdrop is just as important as the human figure. His works obtained several international awards, among all the 1st prize portraits stories World Press Photo 2009.