Five humanitarian organizations working in Uganda. A contest. A group of young Europeans.
A great challenge. 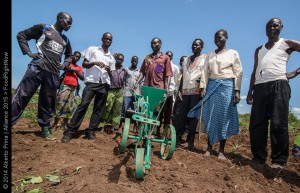 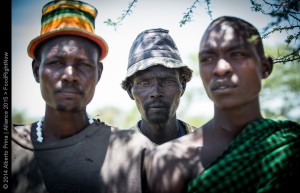 These are the key elements of Uganda – Land of Hope, an exhibit that is part of the campaign Food Right Now, supported by the European Commission, with the goal to raise citizens’ awareness about the issues of right to food, food security and equal access to resources. Thus Cesvi, together with its network partners in Alliance2015, launched a video and photo-graphic contest in 2015 directed at the youth of five countries: Italy, Ireland, Germany, France and Czech Republic. The result? Tens of young people challenged themselves with a camera and a video camera to talk about the problem of world hunger. The best were awarded the opportunity to go to Uganda, where they experienced firsthand the reality of hunger in its multidimensional ways, as well as possible solutions. In this exhibit, the fresh approach of these young winners is combined with the experience of two professionals who accompanied them on this trip. Through the filming by Giampaolo Musumeci, the photographs by Alberto Prina and the images of these budding photographers and videographers, every one of us has the chance to experience the daily challenges in a fertile land that is defiantly rising up from the scars of a 20-year-long civil war. 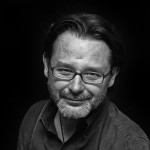 Alberto Prina. Even though passionate about philosophy and with photography always on his mind, he graduated in physics.
Yet, he could not postpone his longing anymore and now he fills his days with images.
He founded the photo association Gruppo Fotografico Progetto Immagine and has co-ordinated its annual Festival of Ethical Photography since he created it.
He currently works as a reportage photographer and photojournalist, developing projects in the field of photographic communication, multimedia and collaborative photography.
He also organizes courses and workshops.
He has been following with great interest the political situation in the city of Belfast (Northern Ireland) and the irish society.

Giampaolo Musumeci runs a broadcast on Radio 24 called, “Nessun Luogo è Lontano”, a programme about foreign affairs. He is also a photographer and a video reporter, dealing with immigration and international issues. He has worked in Somalia, Northern Ireland, the Democratic Republic of Congo, the Central African Republic, Libya, Afghanistan, Egypt and Tunisia. He collaborates with Sky Tg24, Channel 4, Rainews24, Mtv, Radio Svizzera Italiana and Radio France International. He wrote an investigative report titled “Confessions of a Human Trafficker” for Chiarelettere.

Cesvi is a non-governmental, international humanitarian organization. It operates throughout all continents with the objective of turning emergency relief into occasions to build up long-term projects able to promote the self-development of local communities. In the last year, Cesvi has helped over 1 million people in 25 countries, collaborating with 155 local NGOs and investing 88% of its resources directly on site.