EXHIBITION CLOSED DURING 24th to 27th OF OCTOBER DAYS

Work for Hope is the ‘cash for work‘ project carried out by COOPI – International Cooperation and ECHO in the Occupied Palestinian Territory (Gaza Strip and West Bank). Work for Hope is also a photography exhibition designed by Alessandro Gandolfi, photographer from the prestigious Parallelozero agency.

An opportunity to develop communication and to raise awareness of interventions in fragile territories.
A real and intense reportage that brings us in closer contact with those living the challenges of the occupied territory. 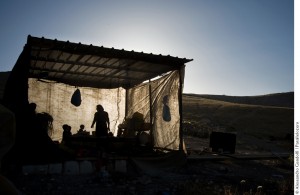 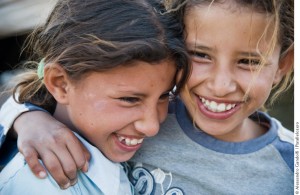 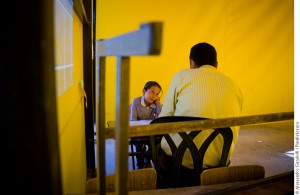 What is the ‘cash for work‘?
The aim of this action is to create temporary jobs and job opportunities by involving the heads of household and communities, in order to improve the conditions and quality of life.
A key intervention to ensure economic access to food and other forms of support to fragile communities whose safety, core focus of ECHO and COOPI joint work since 2002, is threatened.

The civilian population of the occupied Palestinian territory has suffered several decades of conflict and occupation, which has had serious and negative impact upon all aspects of their lives.

Palestinians are subjected to various prohibitions and movement and access restrictions imposed by the Israeli army, that affect all aspects of civic life, undermining economic growth, the employment rate and limiting access to essential services and livelihoods (health services, education, housing, food).

Thanks to the reportage of Alessandro Gandolfi, COOPI and ECHO tell the stories of some villages, of the beneficiaries and of their intervention by involving a large number of people who are not aware of the real living conditions inside the occupied Palestinian territory, but are interested in hearing stories of hope from these people.
Work for Hope is a hope BUILDING project.
One of its aims is also to “break down” the clichés about the occupied territory by telling everyday re-building short stories, through the narrative power of the shots and video testimonials gathered by Alessandro Gandolfi from an unstable, fragile, provisional territory.

The exhibition will be located inside a tent, as a symbol of home, but also of precariousness.
This will not be an ordinary tent, but it will be embroidered by the Work for Hope project beneficiary women, a temporary work supported by the European Commission. Hence, by crafting pillows, tablecloths, curtains, bags and much more, the women involved in the project have managed to overcome solitude, to meet with friends, to learn a trade, and to set up a cooperative. 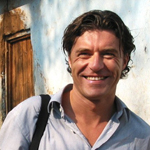 Alessandro Gandolfi was born in Parma in 1970, he has been into photojournalism since 2001. His works have appeared in several Italian, as well as international, magazines (National Geographic Italia, L’Espresso, La Repubblica delle Donne, Die Zeit, Mare, The Sunday Times Magazine, Le Monde, VSD) and his pictures have been exhibited in the latest 3 shows organized in Rome by National Geographic (2009, 2010, 2011). A philosophy graduate, Alessandro attended the prestigious Ifg – School of Journalism in Urbino. Before working as a photojournalist, he contributed as a news reporter for La Repubblica, both in Milan and Rome. He won National Geographic’s Best Edit Award twice (in 2010 and 2011) with two reportages published in the Italian edition of the American magazine.

COOPI – Cooperazione Internazionale is an humanitarian, non confessional and independent organization that fights against all kinds of poverty to make the world a better place.

Since 45 years, COOPI has been improving the world through the cooperation of different kinds of actors (experts, volunteers, partners, citizens, institutions).

It assists people in emergencies and works to promote development, in 23 countries of the Southern emisphere.

In 2011, it managed about 43 millions euros, 94% of which employed for field projects and 6% for administrative costs. Funds come from many and different institutional actors, European Commission above all. In the same year, COOPI has been working on 210 projects, though 68 Headquarter’s employees, 129 expatriates and over 4,500 local operators.

Known as the “We do it NGO”, COOPI supports more than 5 million beneficiaries each year.
www.coopi.org

The Commission’s European Community Humanitarian Office (ECHO) was founded in 1992 as an expression of the European solidarity towards people in need all around the world. In its 20 year existence it has provided €14 billion worth of humanitarian assistance to victims of conflict and disasters in 140 countries around the globe. Over the last five years ECHO’s annual budget has averaged €1 billion. In 2011 alone these funds reached nearly 150 million of the world’s most vulnerable people from over 80 countries.

Today ECHO has more than 300 people working in its Brussels headquarters and more than 400 people in 44 field offices located in 38 countries all around the world. When a crisis occurs, ECHO immediately rushes to assess the situation, then monitors the implementation of EU-funded humanitarian projects. This needs-based approach is a key characteristic of ECHO aid and how it is distributed.