Emergency - When the Others Go Away

2014 sees the final withdrawal of the American troops from Afghanistan, after 12 years of war.

In the meantime, the NGO Emergency has set up a programme with the Italian universities, offering the chance to conclude a specialisation in emergency medicine and general surgery in a hospital run by the organisation itself. 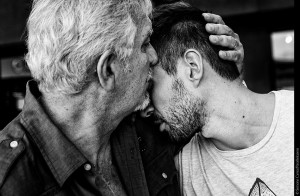 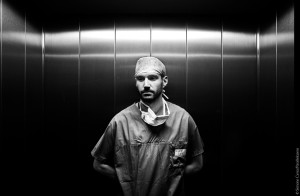 While the withdrawal from Afghanistan begins, others are getting ready to go there.

Davide Luppi is the first Italian junior specialist doctor in general surgery to enter a war hospital in order to complete his studies.

A 6-month journey from Modena to Kabul, to terminate a professional path that would be hard to achieve in Italy.

A life experience in a land torn apart by too many years of war.

This project aims to speak about war, leaving aside the usual language of news and photos and focusing instead on a more interpretative line: “I chose this theme because I wanted to deal with a topical subject in a difficult country that has already been widely photographed, but searching for a new angle. We’re used to seeing Afghanistan from the point of view of the victim, patient or inhabitant. I opted to show the other side of the coin, highlighting the choice of someone who decides to put him/herself on the line in an unknown country, and revealing the emotions and difficulties that this involves.”

What the author shows us is a new approach to Afghanistan. Emergency has always been depicted from the viewpoint of the victims; this time though, the focus is on those who treat them.

Simone Cerio was born in Pescara in 1983. He began to take an interest in photography about 8 years ago, drawn particularly by the language of photo reports and photojournalism. In 2010 he won a Honourable Mention at the Atri Photojournalism Festival and second prize at the Festival of Savignano (which included him amongst the 14 finalists for the Italia Portfolio 2010). In 2011 he was selected, along with some other important Italian photographers, to create the special yearbook for Sette (the weekly Corriere della Sera magazine), about Italy. Since 2010 he has been represented by the PARALLELOZERO photographic agency. He has exhibited both in Italy and abroad. He collaborates with well-known national and international magazines including Gioia, Corriere della Sera, Alibi, Rogue, Vanity Fair, Russia Behind the Headlines, Shutr and Internazionale. He’s currently working on some long-term projects with international NGOs.

EMERGENCY is an independent and neutral humanitarian organization, founded in Italy in 1994 to provide free surgical and medical assistance to the victims of war, landmines and poverty. EMERGENCY promotes a culture of peace, solidarity and respect for human rights. In order to assert the right to healthcare for everyone, EMERGENCY: – provides assistance totally free of charge; – guarantees treatment to anyone in need of assistance, without any sort of discrimination; -practices high quality medicine and employs standardized therapeutic and working protocols already tested in emergency situations; – trains local staff thoroughly until complete operational independence is achieved. EMERGENCY designs, builds and manages through its international staff: – hospitals for victims of war and surgical emergencies; – rehabilitation and social reintegration centres; – first aid posts for emergency treatment; – basic health centres for primary healthcare; – paediatric and maternity centres; – a centre for cardiac surgery. In these 20 years, Emergency has treated more than 6 million people. One every 2 minutes. www.emergency.it