This selection of images is part of an ongoing long term research, aiming to narrate the profound changes that Greece is experiencing in recent years.
Since 2010, the Ellenic peninsula is facing a regime of economical austerity, imposed by the European Union as a condition to receive new loans, essentials in order to pay public expenses.
The consequences of these politics, even if public debt has slightly decreased, are having a tremendous impact on many levels, permanently modifying the perspectives of social and territorial development of
the country. 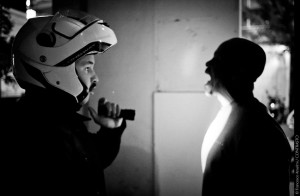 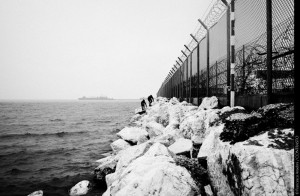 The cuts by the public system added to the layoffs by private companies, unable to coop with the rising taxes, brought unemployment to 30%. Thousands of people lost their houses for not being able to pay bank loans.
Public health sector is in a dramatic condition as well, with an estimated debt of nine hundred millions of Euros towards providers, hospitals cancelled most of the assistance programs, from cancer to drug addiction treatments; pouring thousands of people in the streets.
The dramatic impoverishment of the country, coupled with the necessity to relate with phenomena of global character, created in Greece a situation without historical precedents, capable of showing all the gaps and contradictions that the current European Union brings with itself.

Francesco Anselmi is born in Milan in 1984. After studying photography at Istituto Italiano di Fotografia, in 2009 he moved to New York City where he attended the photojournalism program at The International Center of Photography, receiving a scholarship from the New York Times.

Once ended his studies Francesco started a collaboration with The Wall Street Journal and joined the Italian agency Contrasto.

Since 2012 he works on a long term project about contemporary Greece and the consequences that the economical crisis is having on the country and in 2013 he receives the Chris Hondros Fellowship Fund for the prosecution of his work.

Part of the project screened at Visa pour L’image in Perpignan, at Les Rencontres de la Photographie in Arles , and at Image Singuliere festival in Sete.

In 2014 the work was exhibited at Lumix Festival for Young Photojournalism in Hannover.

An image from his work was exposed at Venice Biennale 2014.

He divides his time between Athens, Milan and New York City.