Twenty years after the beginning of multiracial democracy in South Africa, the Born Frees—the first generation of the so-called rainbow nation—have come of age. While they have inherited a free country from parents who have fought long and hard against apartheid, theirs is a story of growing up in a democracy that is complex and young. 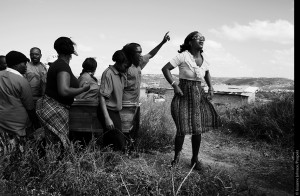 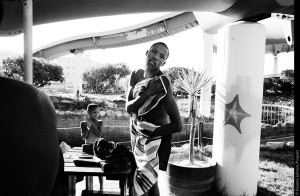 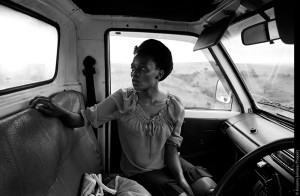 As Lisa Nene, a housing rights activist and AIDS orphan questioned, “When you say we are free, it is something that I have to wake up and feel everyday. So where is the freedom if I do not feel it?” Her question has many layers. She is a young woman who has been forced to grow up fast and who finds herself fighting just as hard against the corruption of the current government as her parents had fought for freedom a generation ago. It is the unique perspectives of people like Lisa and the many others I have met that have led me to return, year after year, to document the experiences of a youth generation looking intently at their world, their country, and their place in it. Over the past six years, the progression of my work on South African youth has moved from different sub-cultures to their daily, intimate lives. They grapple with enormous issues—access to education, gang violence, corruption, HIV/AIDS, and income inequality, to name a few. More than half of the nation’s 18-25 year olds are unemployed. I’ve seen young activists sing apartheid-era protest songs—ironically directed to the new democratic government. I’ve watched gangs hesitantly cross streets during a moment of peace, knowing their life has little escape, complaining they are stuck in the middle of the post-apartheid struggle. I’ve photographed young men in a home for unemployed youth looking to the future but still feeling the draw of the streets to survive. I’ve met university students worried about employment. Some spoke of corruption and HIV. Some talked of their exhaustion with hearing about apartheid or the struggle to be openly gay despite having one of the world’s most progressive constitutions. This project has been a journey of remarkable subjects. One mother noted that she reflects on her daughter’s generation often. “What’s amazing to me is how quickly life becomes history, how quickly our struggle can be forgotten by the youth. It makes me worry. But maybe it’s good.” The uncertainty in her voice is telling, and points to what this new generation faces as it shapes its identity and forges ahead in defining the future of South Africa. 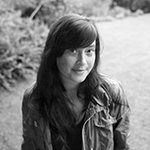 Krisanne Johnson (b. 1976) grew up in Xenia, Ohio. She graduated with a degree in journalism from the University of Colorado and pursued postgraduate work in visual communications at Ohio University. She is currently based in Brooklyn, NY. Since 2006, Krisanne has been working on long-term personal projects about young women and H.I.V/AIDS in Swaziland and post-apartheid South African youth culture. Her work has been recognized by World Press Photo, Pictures of the Year International, and the Best of Photojournalism. Her Swaziland work, titled, I Love You Real Fast, has received the W. Eugene Smith Grant in Humanistic Photography, a Getty Images Grant for Editorial Photography, and support from the Magnum Foundation Emergency Fund. Her work has been exhibited at Visa Pour L’Image and Polka Galerie in Paris. Her work has been published in various magazines and newspapers, including TIME, The New Yorker and The New York Times.