While child beauty pageants have existed for over fifty years, pageants in the United States have seen a recent explosion in popularity. TV shows like ‘Toddlers and Tiaras’ and the like have brought child-beauty competitions into the national spotlight in the US and is now inspiring the start of child beauty pageantry in Europe. 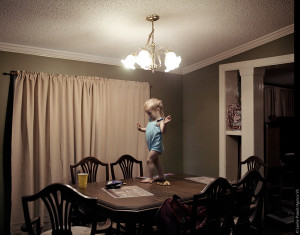 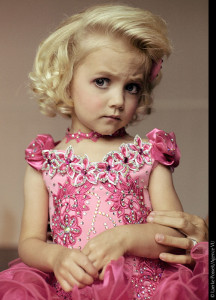 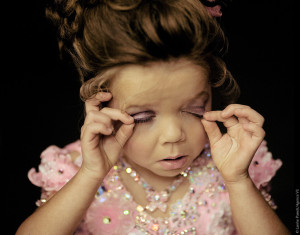 The pageants encourage the girls to live up to ideals that many would regard as belonging to the adult world. This has led to much debate about whether these competitions sexualize children, commercialize childhood, and whether they interfere with the mental health and self‐image of the young girls involved. With these arguments, in September 2013, the French Senate adopted a legislative proposal to make child beauty pageants illegal, while child protection charities in the UK is protesting in order to make their country follow suit.

The parents on the other hand argue that the pageants help building up personality and self-confidence of their girls. This work portrays different child beauty pageants in Alabama, Georgia and South Carolina, and the daily life of Sophia and Evie, two two‐year‐old contestants. 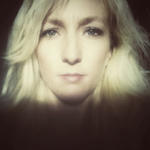 Laerke Posselt (b. 1984) is a freelance photographer based in Copenhagen, Denmark. Posselt has studied Art and Documentary Photography at Fatamorgana and has a BA in Photojournalism from The Danish School of Media and Journalism. As part of her education, she underwent an 18-month internship as a photographer at the Danish daily, Politiken.

Her work has appeared in publications such as Politiken, The New York Times, Le Monde, Libération, Stern, GEO, Russian Reporter and Newsweek Japan and she has been dispatched to Estonia, Spain, Egypt and Uzbekistan among others.

Between 2012 and 2014 Posselt was a member of the Scandinavian photo agency Moment, until she joined Agence VU in April 2014.