The Festival of Ethical Photography is pleased to host exhibitions dedicated to the winners of the Voglino Award 2015 from the Frame Foto Festival.

The event, in addition to the high artistic and cultural values, establishes an unprecedented cooperation pact between two national photography festivals.

Established by Cecilia Pratizzoli, with the support of the Voglino family and in collaboration with our dear friend Claudio Massarente and all the friends from the world of photography who support it, the prize is in memory of Alessandro, founder of HF Distribution, the first Italian company dedicated to the sale, for mail order and online, of photographic publishing.

The event is a testiment to the esteem and gratitude for Alessandro bestowed by artists, publishers, associations and festival organizers for his dedication and passion invested in the spread of photographic culture in Italy.

The Ainu, natives of northern Japan, only received official recognition as people ethnically distinct from the Japanese in 2008, after a long history of oppression, assimilation and discrimination that has almost completely destroyed their language, religion and culture. 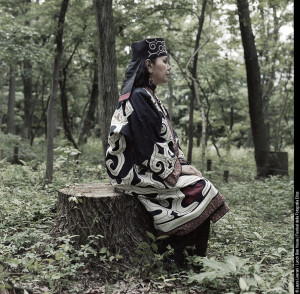 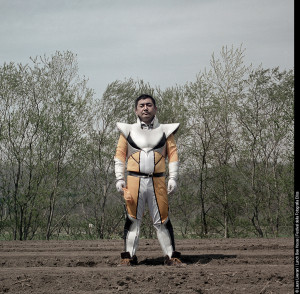 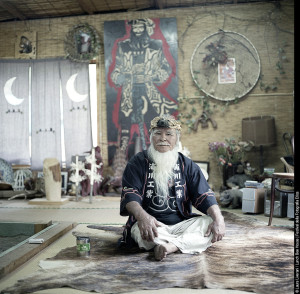 Ainu Nenoan Ainu ( “truly human” Human) is a journey to discover native identity in contemporary Japan, in which the photographer explores being Ainu today and explores the sense of belonging to a community that is rebuilding itself after being forced to be Japanese. Individuals and groups across Japan are now actively involved in the preservation and revitalization of the Ainu culture, as well as in the language recovery and original traditions and the reaffirmation of their rights. This process has never stopped, and has intensified in recent years; social and cultural heritage of the Ainu now not only survives, but continues to shape villages in Hokkaido, the original region of these communities. The photographic project reflects on the self-representation of the Ainu both within institutions, such as ethnographic museums and in everyday life practices. The pictures, mostly portraits, were taken mainly in the village of Nibutani, Hokkaido, where the population of the Ainu origin exceeds 70%. They show stories of activists, artists and especially ordinary people, mostly of the Ainu descent; but there are those who “become Ainu”, not by blood, but by adoption, which is also an active part of the culture.

The photograph of Laura Liverani here reveals a unique individual and, at the same time, her connection with others, and especially the roots in a deep community. The attention to detail of each portrait clearly underlines both the individual characteristics of the subjects and the geographical, historical and cultural heritage and identity of a population. The costumes, the talismans, the looks and attitudes of these women and these men reveals a lot about them, and pushes us further and introduces us to the beliefs and traditions of the Ainu. The atmosphere of enchanted expressions of another era, a culture that strongly believed in its own identity, defended and well established before an increasingly voracious modernity. These are true portraits, authentic, sons of a complicity and a confidence born from a sincere and honest contact between the photographer and the people that welcomed her.

Ainu Nenoan Ainu, was created in 2009 and began in its present form, in 2012, as part of a larger concept. It was developed in the form of a collective collaborative documentary called ‘Lunch Bee House’ (Laura Liverani, Neo Sora, Valy Thorsteindottir), and still progresses with funding from winning a competition at the first edition of Voglino Prize. Now, there are plans for the creation of a second chapter with new portraits taken in other areas of Hokkaido. 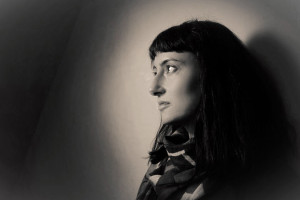 Laura Liverani is a photographer and a university professor. She lives and works between Italy and the Far East, especially in Japan.
She carries on various independent photo projects, as well as assignments, focusing on documentary, commercial and editorial photography. Her photos can be seen in exhibits, festivals and publications both in Europe and Asia. Since many years, she has been involved in photography programs in collaboration with Cultural Associations, NGOs and Universities, mainly in Europe. Her most recent projects incorporate  a less institutional model of production, privileging more collaborative and participatory approaches, focusing above all on the photographic language of the vernacular portrait.