The Amazon is the world’s largest rainforest, it’s largest river, and probably the largest chunk of the world that we humans still do not quite comprehend.

To me nothing can surpass the Amazon rainforest. In no other place on earth is nature so present. In no other place can such an abundance of life be found. In the air, on the ground, in the water of the rivers. So overwhelming. So irrepressive. So powerful. 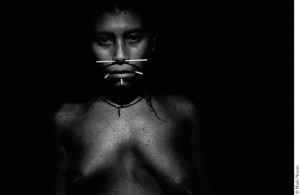 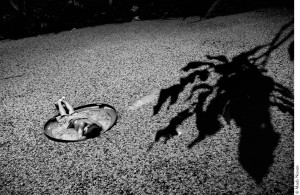 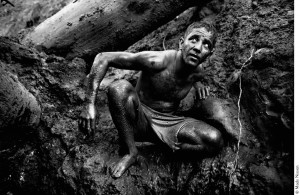 And just as irrepressible, just as overwhelming, is the human cul­ture that encounters, confronts and attempts to control this prime­val wilderness. Civilization pushes the boundaries of this virgin territory; tests it, conquers it, only to finally succumb to it, time and time again. Taming only in order to praise the untamed.

The first humans came here approximately 12,000 years ago, but with the arrival of the Spaniards things began to change quickly. In 1542, Francisco de Orellana conquered the jungle by success­fully completing the first voyage along the Amazon River from the Andes Mountains to the Atlantic Ocean. He and other explor­ers who survived the trip returned from »The Green Hell« with horror stories of starvation, disease and man-eating indigenous tribes. Nonetheless, more and more people were drawn to the wilderness.

In the humid air of the Amazon, they all collide: Escapists, fortune hunters, nomads, warriors, gold-diggers and homosexuals in ex­ile.

Every single time I return to the Amazon, I look for a small path to guide me in, till the forest envelops me. I try not to worry that humans are destroying nature; I know that it will win out in the end. I have seen plants shoot up through oil slicks and I know that cockroaches can survive more plutonium than humans. That eas­es my mind.

The AMAZONAS book and exhibition represent my personal jour­ney into the wilderness. The texts are excerpted from the essays in the book. I have taken the liberty of assembling photographs from different years, countries and cultures throughout the book, because that is how I have always experienced the Amazon. Not as static or fragmented, but fluid and coherent.

To the Amazon I admire, fear and fear for. 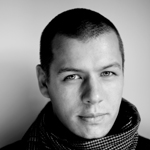 “I was 19 years old when I realized that I wanted be a photographer. It was in the crowded streets of Mérida during a nine-month stay in Venezuela. I had bought an old camera from a friend but found myself not interested in the landscape or sunset. Instead, I was interested in the people, the poverty and the cracks in the surroundings. I knew then that by taking pictures I was able to combine my three major interests that I had since early on in my life.

Firstly, it was a way to fulfill my ambition to change the things in today’s world and society, which I felt was unjust and needed attention. Secondly, I was deeply interested in other people’s life and the world around me. Taking pictures became a way for me to open new doors and digest what I saw behind them. Lastly, I had always had a desire to express myself creatively. Being a photographer allowed me to make my own interpretation of what I saw; to raise questions and investigate rather than coming up with the exact answers.

Since then my work has mainly focused on contemporary issues and dilemmas such as overpopulation, poverty, human rights violations and man’s often-destructive relationship with nature.

Just after I graduated with a degree in photojournalism from the Danish School of Journalism in 2007 I moved to Shanghai to document the human and social consequences of China’s historical economic rise. After two years in China, I returned to Denmark where I currently work as staff photographer for the national newspaper Berlingske. At Berlingske, much of my time is devoted to in-depth feature stories as well as international news.

Aside from Berlingske, I have worked on my long-term personal project from the Amazon since 2006.”