Child’s hand had a flashlight. It was the only source of light in the dark mud hut. The child showed the torch at her, Nasirian, who was lying naked and tied on the floor. The light beam hit in between of Nasirian’s bare thighs.

It all happened quickly. 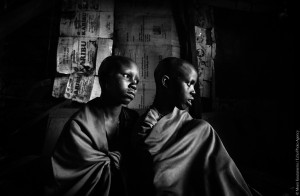 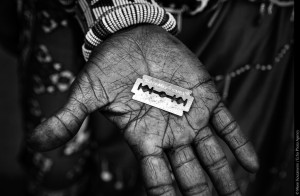 One of the ladies revealed an ordinary razor blade in her hands for the mutilation. Nasirian cried and the floor was streaming from blood. The more she leaked, the more she screamed. After few minutes her genitals were completely unrecognizable.

The World Health Organization estimates that there are more than 140 million mutilated women in the world. Female genital mutilation is a tradition practiced worldwide in 28 countries. Girls’ circumcision has been illegal in Kenya since 2001, but among some tribes such as the Masai people, it is still a valued tradition.

The causes of female genital mutilation include a mix of cultural, religious and social factors within families and communities. The tradition stems from the belief that woman’s sexual organs are considered to be impure. FGM is often motivated by beliefs about what is considered proper sexual behavior, linking procedures to premarital virginity and marital fidelity.

Female genital cutting has been widely judged as a procedure against human rights and as a serious violation against women’s sexual independence. It reflects deep-rooted inequality between the sexes, and constitutes an extreme form of discrimination against women. 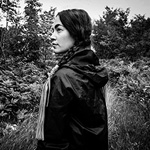 In 2012 and 2013 Koutaniemi was selected in Finland as the Photographer of the Year and won the category of Foreign Reportage with her reportage Taken about female circumcision. Koutaniemi is a founder member in an Italian Photo Agency Echo and belongs to Finnish Collective 11. In 2012 Koutaniemi received the Memorial Award of Tim Hetherington in United States and the Memorial Award of Carina Appel in Finland 2013. Koutaniemi has exhibited her photos in more than 20 exhibitions around the world and her first book Oasis was published in Finland in 2013. In 2014 Koutaniemi won the FreeLens Award in Lumix photo festival in Hannover with her exhibited documentary work Taken. Koutaniemi was selected as a participant to Joop Swart and VII Masterclass in 2014. At the moment Koutaniemi is focusing on her long-term project about female genital mutilation in different continents.