This reportage brings to light the effects of genetically-modified crops and the indiscriminate use of pesticides, which devastating impact affects the most vulnerable population groups. 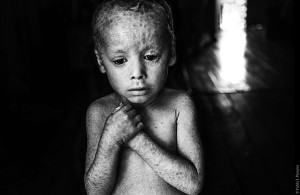 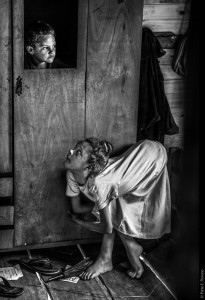 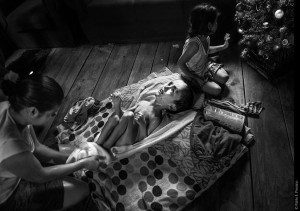 In 1996 the Argentinian government approved, in only three months, through an administrative procedure, the cultivation of transgenic soybeans and the use of glyphosate herbicide spray, which was employed on resistant genetically-modified crops. Since then, Argentina has become a land of experimentation for the agribusiness corporations, making the country one of the world’s largest GMO soybean producer. Argentina approved the use of GMOs without conducting their own studies, taking as scientific evidence only the works published by the Monsanto Company.

Medical surveys and scientific studies continue to reveal the dark side of uncontrolled use of pesticides. These reports talk about a sanitary emergency now affecting approximately 12 million people, one third of the country’s population.

In 2012, 200 million liters of agrotoxins were used over 21 million hectares, which represents 60 percent of the country’s cultivated land area. In some villages, over the last decade, cancer cases in children have increased threefold and malformations in newborn babies went up 400 percent. So far, despite this inconvenient truth, there has not been any official systematised information.

Greenpeace has declared that: “In the last 22 years the consumption of agrochemicals in Argentina has increased by 858%. More and more vegetables and insects have developed a resistance to these products. Their usage has increased due to the development of transgenic cultivations of soybean, mais, cotton.”

At the moment there are 28 million hectares cultivated using GMOs in Argentina.

Pablo Piovano’s efforts are aimed at depicting powerless human beings affected by this tragedy of incredibile proportions -children and adult alike- suffering with rare birth defects, skin diseases and respiratory problems because of an indiscriminate and uncontrolled use of pesticides.

Piovano has spent long days on his own, travelling over 6000 miles in a 20 year-old car, with the ultimate goal on his mind: giving voice to those desperate population groups in need of solutions. to be finally listened. With a camera in hand, he keeps advocating for their rights, telling this story through his stunning and delicate images.

For more information on the medical surveys:

Pablo Ernesto Piovano was born on September 7th, 1981 in Buenos Aires, Argentina. He has been a staff photographer for the Pagina/12 newspaper since the age of 18. In 2011 he has been nominated for the Joop Swart Masterclass of the World Press Photo. In 2015 and 2014 he received scholarships from the García Márquez Foundation.

In 2001 he documented the tragic events of the social and political crisis occurred in Argentina. In 2002 he published the book “Episodios Argentinos, Diciembre y después”, with texts by Tomas Eloy Martínez. From 2004 to 2008 he coordinated a photography workshop for children and teenagers at risk at Isla Maciel neighborhood in the city of Buenos Aires, culminated with the publication of the book “Ojos y voces de la Isla”. Since 2006 he has been exhibiting his work at the Palais de Glace at the ARGRA (Photojournalists Association of Argentina) Annual Exhibition. In 2014, he presented an individual exhibition at the Documentary Photography Biennale of Tucuman titled “Retratos 2004-2014″, featuring portraits of many influential figures in the country’s politics and culture.

In 2015 he was awarded with the Manuel Rivera Ortiz Foundation Photography Grant for his work “El costo humano de los agrotóxicos” (The Human Cost of Agrotoxins). He also won the first prize in the professional photography category at the Festival internacional de la imagen (FINI), Mexico. He classified 3rd in the POY Latam, “Carolina Hidalgo Vivar el medio ambiente” category. He was a finalist in the Burn Emerging Photographer Fund Grant and in the PHoto-España Ojo de Pez de Valores Humanos 2015.