Fever is the first chapter of a personal project I started a few years ago.
I’m trying to investigate a primordial feeling that is affecting us more and more: rage.

I began to query the triggers and multiple emotional layers that rage can espress itself, and immediately realized that I had to invest myself emotionally and fisically. 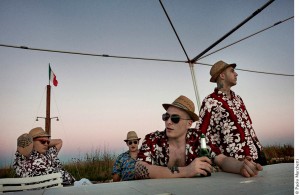 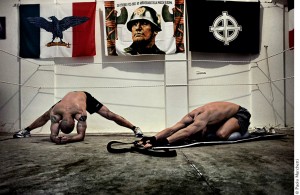 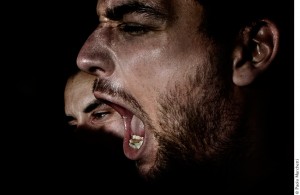 The first step was to look at the politic channel. To achieve my goals, I had to immerse and lose myself in this world. I needed to soak completely in certain dynamics; for example, through the lives of my interpreters. This feeling – anger – gave me the opportunity to know the nest, where the rage macerates and is able to contaminate anyone, exactly how does a germ aerobic, right there, within the herd.

Very soon I perceived that finding the anger would have been a difficult path, a “dense” walk, like run in honey, and try to immerse themselves in certain dynamics it is often revealed contaminant.

I learned that the men of the herd may lose their intellectual autonomy, ideological and membership identity in favour of a higher supposed purpose, an aim that unites the members of the group by subjecting them to this choice. Each of the components can be identified in the choice as an integral and active part for the purpose of the herd, others can easily succumb to the fascination of belonging to that political and religious identity, and thus lose the opportunity to become leaders of their own choices.

Once again at the center of the matter there’s the ego of each of us and the ability to manage the ethical or moral integrity, provided that, during this choice, you can be capable of distinguishing the linguistic difference or better yet the content.

I began to photograph the fascist habitat in 2009, and over the years I have tried different approaches and photographic techniques. I learned how to find the right distance between the subject and myself – not only photographically, but also psychologically.

Mediterranean revolution, so called “Arab spring”, has exponentially grown the number of people fleeing their country, an exodus of desperate that did not occure for decades. This is one of the factors that has amplified the germs of fear and racial intolerance between youngers in most of Europe. Another aspect to fan the flames of fear and intolerance in the most vulnerable generations, is undoubtedly represented by the growing crisis in Europe, forcing the individual in the corner and strangling the development.

In recent years, these factors have created the conditions for a closure between people and an openness to philosophies based on “every men for themeselves”. The “fever of fear” inevitably expresses itself in intolerance toward each other.

The time at which we encounter, is the perfect terrain for these dynamics, fundamentally based on fear.

Fear generate rage and this is the core of my issue.

Rage and violence are the most obvious signs of life amid the swamp of life, find an enemy gives strength to those who feel lost, and fighting against someone gives a direction to those who don’t have one on their own.

Rage is the seed that is growing rapidly in societies affected by the new banking dictatorship.

In the era of globalization there are those in all Europe, points to focus on features specific to scream to the world “I exist”.

“I exist and I am not a product of your corporations. I exist because I belong to a folk, a religion, a race”.

Fever is not an exclusively political report but it’s my opportunity to investigate on rage. 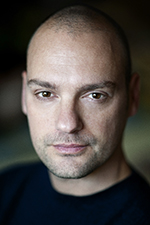 Paolo Marchetti is a freelance photojournalist based in Rome and Rio de Janeiro. He has been working for more than twelve years in the cinematographic and commercial industry in the Camera department, and began in the meantime his photographic studies with particolar attention to political and anthropology fields.

In the last years Marchetti has received several awards like “The International Photography Award”, “Grand Prix de Paris”, short listed at “Louis Valtuena Award”, “Best of Photojournalism”, “PDN’s Award 2012 and 2013″, a second prize at the “Sony WPO Award”, the “Getty Images Editorial Photography 2012″, finalist at “Leica Oskar Barnack Award 2013”, winner of the first prize of “ANI PIX-PALACE” of the iconographic center of Paris and winner of two awards at the “POYi – Picture of the Year International 2013″ : First prize in the category “Issue Reporting Picrure Story” and the Third prize in “Photographer of the Year”.