Robin Hammond - Where Love Is Illegal

Nearly 2.8 billion people are living in countries where identifying as lesbian, gay, bisexual, transgender or intersex (LGBTI) could lead to imprisonment, corporal punishment or even death. In stark contrast, only 780 million people are living in countries where same-sex marriage or civil unions are a legal right. While many parts of the world are beginning to recognize LGBTI rights, criminalization and discrimination remains widespread. Consequently, it is easy to forget that behind the statistics there are millions of individuals with unique, often harrowing stories.

Where Love Is Illegal was created to tell those stories. 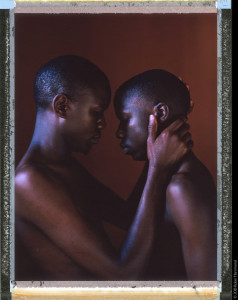 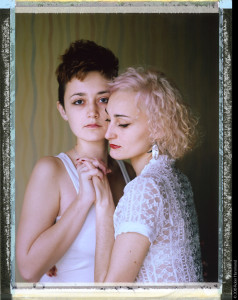 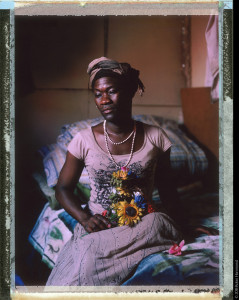 Photographer Robin Hammond visited seven countries to document discrimination and survival from 65 people of 15 different nationalities. Portraits were made in collaboration with the subjects, and the testimonies written and recorded by each. For many, it was the first time they had told their story. They had been made silent by the bigotry around them.

Witness Change, the non-profit organization behind Where Love is Illegal, has made its mission to go beyond storytelling alone to create an international dialogue for bringing about sustained change. Through a social media campaign, international exhibitions, and publications, the project seeks to amplify the voices of survivors and raise funds for pre-existing organizations supporting LGBTI people in regions where persecution is widespread. It is in the brave expression of bigotry experienced, and the actions taken by advocacy groups, that we can best fight intolerance and contribute to the creation of a world where love is never illegal. 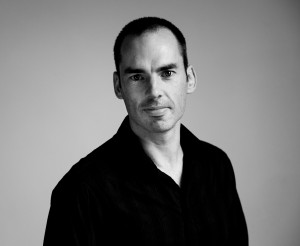 Robin Hammond (b 1975). The winner in 2014 of a World Press Photo prize, the RF Kennedy Journalism Award, in 2013 of the W.Eugene Smith Award for Humanistic Photography, and the recipient of four Amnesty International awards for Human Rights journalism, Robin Hammond has dedicated his career to documenting human rights and development issues around the world through long term photographic projects.

In 2013 Robin also won the FotoEvidence book award for documenting social injustice which resulted in the publication of his long term project on mental health in Africa, Condemned. The work has gone on to be exhibited around the world. In 2011 he won the Carmignac Gestion Photojournalism Award which allowed him to continue his long-term photo project on life in Zimbabwe under the rule of Robert Mugabe. The work culminated in the publication of his first book ‘Your Wounds Will Be Named Silence’.

Robin has made a wide variety of other photographic bodies of work from the impact of climate change on Pacific Island communities to rape used as a weapon of war in Congo and Bosnia, to the poisoning of ecosystems by multi-nationals in developing countries.

His latest work on homophobia and transphobia around the world called Where Love Is Illegal has become a popular social media campaign, and has been exhibited around the world and featured in many publications including on the cover of Time Magazine.

Robin is the founder of Witness Change, a non-profit organization dedicated to advancing human rights through highly visual story telling.

His work has appeared on television, online, and worldwide in magazines and newspapers. He is a National Geographic and Time Magazine contributing photographer.

Robin graduated from Massey University, New Zealand, in 2001 with an Advanced Diploma in Photography. Born in New Zealand, Robin has lived in Japan, the United Kingdom, and South Africa. He is currently based in Paris.