It is their scars which draw attention to them. They are openly stared at or eyed discretely. Some people look away immediately feeling uncomfortable or wanting to forget what they have seen. It is easier for society to ignore those who are different and thus to make them invisible. Therefore, it is not only the visible scars from which survivors of fire and acid attacks and accidents are suffering. Above all, it is other people’s reactions to their disfigurements which are pushing them to the edge of society. 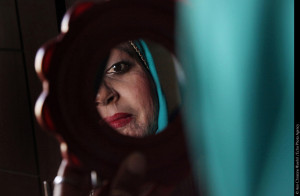 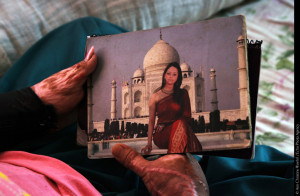 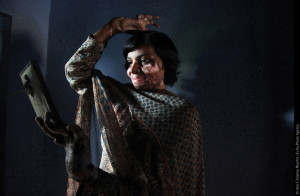 Every year, some 1,500 acid attacks are registered worldwide. The survivors often do not dare report the perpetrator to the police, or they are financially dependent on them. Therefore, it is presumed that the number of unrecorded cases is significantly higher. It is even more difficult to grasp the number of those that were set on fire with the help of kerosene or those trying to commit suicide by self-immolation to escape a dismal live of abuse and repression by their husbands or in-laws. Those kind of attacks are covered up as household accidents. Although one cannot ascribe acid and fire attacks to one country, one religion or one society, one fact cannot be denied: the majority of the victims are women.

The motives for the attacks range from jealousy to declined sexual advances and proposals to family feuds, arguments about land or too small a dowry, which is often the case in Bangladesh, India, and Nepal. The perpetrators may be jealous wives, ex-lovers or mothers-in-law, but mostly they are men. Acid attacks, in particular, are committed because the perpetrators want to make a point. They aim especially at the face or genitals of their victims, in order to disfigure the girl or woman, and to destroy their beauty and femininity. This attitude reflects the woman’s position in some societies. A woman is merely owned and is put in her place by the attack which serves to restore a man’s self-respect. While most culprits walk free the survivors of the acid or fire attacks suffer the lifelong physical and emotional pain.

For her project “IN/VISIBLE” Ann-Christine Woehrl has visited India, Pakistan, Bangladesh, Uganda, Nepal and Cambodia. In each country the photographer portrayed and interviewed female survivors of acid and fire attacks and followed one woman for an in-depth documentary over a longer period of time. For this exhibition she has chosen the stories of four women from four different countries: Neehaari from India, Flavia from Uganda, Nusrat from Pakistan and Renuka from Nepal. Ann-Christine Woehrl wanted to capture their daily life, their will to survive, how they got their lives back as well as their moments of hopelessness and despair, joy and happiness. She wanted to give them the opportunity to present themselves as individuals beyond the collective stigma of being branded and to make them visible to society once again.

The project was an emotional challenge for the surviving women as well as for Ann-Christine Woehrl. Even if one deals with the subject in theory, one is overwhelmed at times. It is not the way they look, but the fragility of some survivors, which leaves one speechless, or even helpless.

At times it was not easy for the survivors to speak about the moment which changed their lives forever. The memories brought back to life the terrible scenes. And yet the women trusted the photographer and told her their stories with impressive openness. And there were always moments which gave Ann-Christine Woehrl the motivation and strength to carry on with her project. For example when she went to India to accompany Neehaari for ten days. The 25-year-old obviously felt that she was taken seriously as an individual and not just seen as a victim. One day she took off her veil, which she was always wearing to protect herself from being stared at in public, and said: “Today is my personal day of independence. I will stop hiding myself.”