Denilson Barbosa’s body lay strewn across the sunbaked road, his clothes soaked in blood, seeping into the earth, deepening its rich red hue. The bullet in his head left no hope for ambiguity; he was dead. It was in this way that Chief Leonardo found the 15 year-old boy. 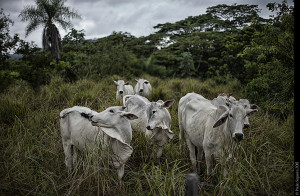 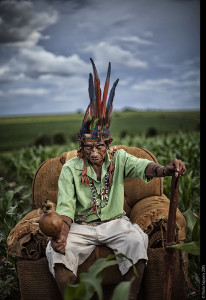 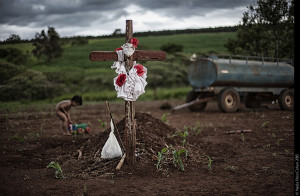 Denilson, who was killed by a wealthy land owner for trespassing in a nearby stream, joined the ranks of casualties attributed to an ongoing silent battle for Indigenous ancestral lands in Brazil. The town of Dourados in the state of Mato Grosso do Sul, a stain on Brazil’s history of injustices against the ethnic Guarani people is at the heart of the conflict. An ambiguous law passed in the late 1980′s but never enforced caused many Guarani to seek and claim land that belonged to their ancestors. Although the land today is inhabited mostly by cows, as Brazil ranks second in the world for beef exports. The wealthy ranchers, many who’s families were encouraged by the Brazilian government to settle on that same land in the 1930′s, have been offered no compensation by today’s government. They are not leaving without a fight. Privately hired armed security, many from Paraguay, who shoot first and ask questions later, disappear over a porous border or face few consequences from a miserably functioning and corrupt justice system. Yet as Indigenous ancestral land is estimated to cover a little over 12% of Brazil, much of which lies in areas of rich farm land and mineral deposits in the Amazon, the fight has only to intensify in the coming years as Brazil continues it’s quest to become a world economic superpower. 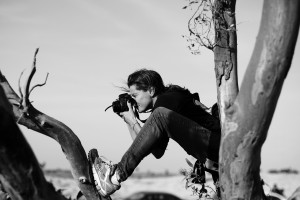 Nadia Shira Cohen was born in Boston in 1977, with a great curiosity for the world and the unknown. Nadia’s creativity was first nurtured by her parents, both artists in their own right.  At the age of 15 Nadia received her first camera and began exploring documenting the world around her.  She continued to pursue her passion for photography at the University of Vermont, with a semester abroad at the SACI school in Florence, Italy. Naturally her curious nature led her into photojournalism. Nadia started working as a photographer in New York City shortly after finishing her undergraduate studies, primarily as a independent photographer for the Associated Press.  Feeling the need to understand the underworld of the photojournalism industry, Nadia  began working for Sipa Press at their office in New York, where she began to represent the work  of the agencies most talented documentary photographers.

In 2005 Nadia went on to work at the world renowned photo agency, VII with some of the worlds most talented and compassionate photojournalists.  After initially joining the New York office, Nadia  became the Director of North American Sales and Assignments and then went on to become Director of Special Projects. In the summer of 2007 Nadia fulfilled her dream of moving to Rome, Italy where she continues with a creative spirit, to tell stories of the lives of people who interest her and which she compassionately feels the need to expose.

Nadia is a correspondent for the New York Times as well as a frequent contributor to National Geographic Brazil, Harpers Magazine in the U.S. among many other media outlets worldwide. She also works frequently on photographic missions with the ICRC as well as other humanitarian organizations. 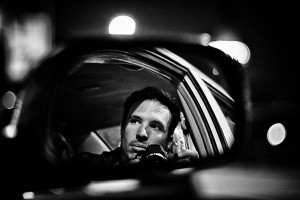 Paulo Siqueira was born in Brazil in 1978 and raised in a stimulating and free spirited environment. Versed in four languages as well as the art of seeing, he began his career as a photographer in Brazil working primarily in the arena of commercial and studio imagery. In 2005 he moved to Rome, Italy where he is currently based, in order to pursue photojournalism. He worked as a staff photographer for La Repubblica Newspaper for four years and a stringer for Reuters news agency for two. His curiosity and evolution as a photographer has brought him to his next phase in life where he is working on long-term documentary projects and multimedia.