“Our game’s finished. It’s finished for people like me.” Joe Pyle

Ten years ago, in The Firm, Jocelyn Bain Hogg documented a thriving London underworld dominated by the players who made their names in the 1960s and 70s: Freddie Foreman; Tony Lambrianou; Roy ‘Pretty Boy’ Shaw; Bruce Reynolds; Reggie Kray, with whose funeral the book ends; and ‘Big’ Joey Pyle. Unique in his friendships with both the Krays and the Richardsons, who ran south London, Joey Pyle was one of the strongest figures in a sphere teeming with legends. His influence extended across London, from unlicenced boxing matches to the music industry, for thirty years.

Joey Pyle died in 2007, and the cover of this book is a picture of his tombstone. Of the old guard, only a few remain, amoong them Freddie Foreman and Roy Shaw. Joey’s death marks the beginning of a new way of operating. 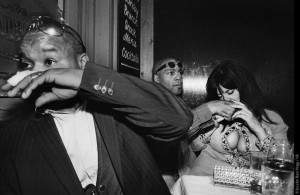 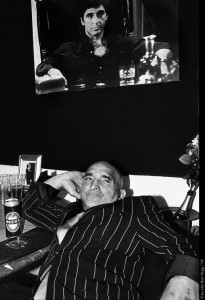 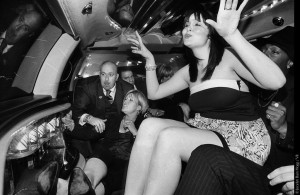 Having built his business, Joey was determined that it should not go to waste. His only son Joe had been groomed to take over from birth and would be a fine successor, but what would happen to the family if anything happened to Joe? Being a practical man, Joey decided to make provision. He looked around him and chose three men, each talented in different areas. Just before he died, he anointed Warren, Alan, and Mitch as his adopted sons.

They were tasked with three jobs: to look out for Joe, look out for the family, and look out for themselves. Warren is Joe’s right hand man. Alan was spotted in the ring by old Joey, who trained him up. Mitch has retired. Joe oversees them all. These four men are at the centre of The Family. Now fathers themselves, they are far more circumspect about their activities than the Dave Courtneys and Bulldogs of The Firm.

In the age of information, trust is more important than ever before. Every member of the extended Pyle family has proven loyal. Lorraine, Joe’s aunt, has been involved almost from the beginning. She sells tickets at boxing matches, as did her daughters before they had children of their own. Teddy Bambam’s links with the Pyles go back to his uncles, who worked with Joey in the 60s. He helps to bring in new boxers, and runs a children’s boxing club in Croydon on the side. Dave T has done what was asked of him for twenty years.

There are few plastic gangsters in these pages. The exhibitionism of the late 90s has given way to realism, the vaudeville pageant replaced with first communions and birthday parties. The game has changed, and the Pyles are astute enough to recognise this.

He is the author of five photographic books to date and his first, The Firm, presented an astonishingly intimate view of London’s organised crime world, and won international acclaim, garnering the prestigious Lead Award for portraiture. In February 2013, he was invited onto the jury of the World Press Photo and was a juror for the Sony World Photography Awards in 2015.

He is the head of the BA photojournalism and documentary photography course at the UAL LCC in London and is a member of the VII Photo Agency. In addition to documenting British youth for this project, he is the Photo Director of Sea Change.