The Festival of Ethical Photography is pleased to host exhibitions dedicated to the winners of the Voglino Award 2015 from the Frame Foto Festival.

The event, in addition to the high artistic and cultural values, establishes an unprecedented cooperation pact between two national photography festivals.

Established by Cecilia Pratizzoli, with the support of the Voglino family and in collaboration with our dear friend Claudio Massarente and all the friends from the world of photography who support it, the prize is in memory of Alessandro, founder of HF Distribution, the first Italian company dedicated to the sale, for mail order and online, of photographic publishing.

The event is a testiment to the esteem and gratitude for Alessandro bestowed by artists, publishers, associations and festival organizers for his dedication and passion invested in the spread of photographic culture in Italy.

8 May 1945, 11:01pm: the war that lasted 5 years, eight months and seven days ended. It left behind a devastated country  – Russia – with an enormous sacrifice of human life: 28 million dead.

To honor this event, every 9th May in Moscow the Den’ Pobedy – the day of the victory against the Nazists – is celebrated. It is a day where one can breathe the same atmosphere of the past – living again in 1945. In the post-communist years, the commemoration of a tragedy that affected many families has taken on tones of revenge, becoming an occasion for the appreciation of the national unity, for which there are deep emotions and pride for the great majority of the russian population. 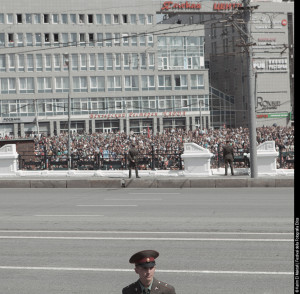 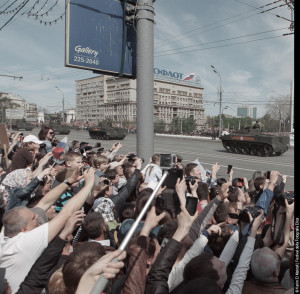 “Pobeda” (victory, in russian) is a story of a very important anniversary. For the 70th celebration in 2015 a majestic military parade was organised. It comprised of 17.000 soldiers – including 1,300 from 10 different countries from all over the world with 200 armored vehicles and 150 fighting planes and airplanes. As well as this, institutional events and classical celebrations were planned: meetings among veterans in parks and places, public speeches, conferences, receptions and fireworks.

With his project, El Maktafi has immortalized the many faces of the Den’ Pobedy: immersing them in the streets of Moscow, amongst memories and celebration, and between soviet flags and tanks. The documentaristic approach bears witness to the importance of the event and its roots in the socio-cultural and political environment of the country. The camera speaks the language of the here and now, it talks about the russian identity, capturing the indissoluble link to a story which is still alive. The story has become a heritage to preserve and remember – to be handed down and relive again intact, crystallized, as if time never passed. Pobeda makes us witness and be part of the balance between commemoration and nationalistic pride. 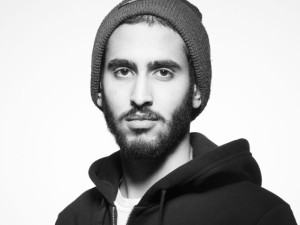 Karim El Maktafi is an Italian-Moroccan photographer. He was born in Desenzano del Garda in 1992. He graduated from the Italian Institute of Photography of Milan in 2013. His educational and career path has brought him to collaborate with many photographers in the commercial field: fashion photography, editorial productions and important advertising campaigns.

His photographic research explores the concept of identity through reportages and portraits. In 2015 he won the Young Talent Prize at the Frame Photo Festival. He was also awarded the first place for the Pobeda project at the International Photography Awards in the category Events. He has been selected as a photographer in residence by FABRICA, a Benetton communication research center.