Evros river is the 160 km natural borderline between Greece and Turkey, Europe and Asia, and since 2007 one of the preferential ways for the immigration to Europe. Riverside had been planned the construction of a ditch and the first 15 kilometres were ready in August 2011. The initial project, later considered to be too expensive, was then changed into a double barrier of wire-netting and barbed wire. 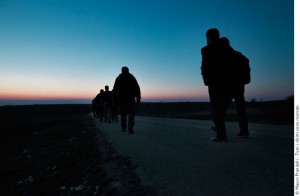 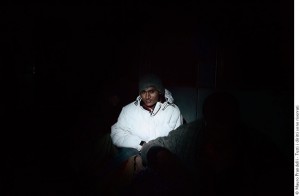 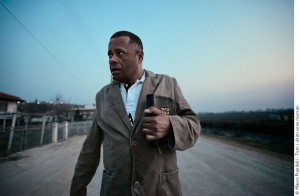 From September 2011 the European Union has continuously showed its approval of the project.

On 13th April 2012 the Greek Government, after discussing at the end of March the con­struction of new detention centres on the outskirts of the borderland, approved the start­ing of the works to realize the fencing with a cost evaluated to be over 3.000.000 Euros to be totally paid by the Hellenic state, already burdened by the heavy economical crisis.

In 2011 Frontex, a military force created and supported by the European Union, started the “Poseidon Project” to control and stop the migratory flow.

According to data provided by Frontex, in 2012 about 55.000 people coming from Asia, Middle East and Africa tried to take refuge in Europe.

According to data provided by Eulex, 250 people per day try to enter into Greece to find a normal life with the help of men dealers, which the migrants call “ the agents”. During the day on the road from Kastanies to Alexandropoli you can meet groups of four or five peo­ple walking fast: they are migrants who have crossed the Evros river hoping to survive and to go to Athena as their first aim. Some of them will rest in the Greek capital, which has a very large community made of migrants, others will try to reach other countries in Europe with the help of their “agents”.

Mauro Prandelli was born in Brescia, Italy,  in 1979. After getting the Industrial Technical Institute Certificate, and a computer specialisation in 1998 he started to develop his interests in the field of the multimedia communication, including the 3D animation and the web development.

In 2007 he started to approach photography by working as assistant for a photographer specialised in events; in this way he had the opportunity of studying carefully the photography technique and means in different situations.

After two years he started to work as free lance mainly realising reportages of industrial and architectural photography, as well as specialising in still-life photography.

In 2011, as he wanted to study the themes of communication by images in depth as well as tell social stories he attended a specific course at the Academy John Kaverdash in Milan and got a master degree in reportage.

In the same year he started to co-operate with different world-famous artists following and reporting with photos the process of creation, realisation and preparation of their works.

Always in 2011, although the situation of the market of the image was difficult, he decided to put himself to the test by reporting on the crisis in Greece starting from Athens.

In 2012 he produced the reportage named “Evros River, the Oriental Gate of Europe. A Wall against Immigration”, a work edited by Sandro Iovine, which illustrates the situation of the migrants who try to enter in Europe through the Turkish borders. This work gave birth to an exhibition which was held in different Italian cities, among which Rome. The exhibition gave him the opportunity to meet his public and to talk, together with Sandro Iovine, about the current situation of photojournalism not only from an aesthetical and formal point of view, but also and mainly from an ethical point of view.

Today, after having realised other works both in Italy and abroad he goes on to devote himself to the photo reportages to describe our surrounding world through its lights and shades.