Organizing the resistance for those who lost everything to the war in Syria. 1.5 million refugees. According to official United Nations estimates, this will be the number of Syrian refugees registered in Lebanon alone by the end of this year. Perhaps many more. 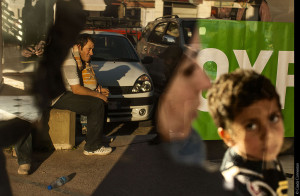 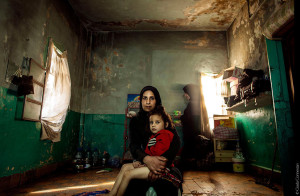 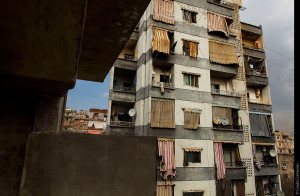 A true Egira, the Arabic word for emigration, escapes: from war, from persecution, from a struggle without respite in search of a future that seems lost.

Today Syrian refugees make up a quarter of the entire population of Lebanon, the only country not to have authorized the appropriation of official refugee camps, leaving the burden of organizing the reception and survival of those who escaped to international cooperations.

Refugees arrive empty-handed, a suitcase for clothes and flocks of kids in tow. They need food, but also shelter, sanitation, medical care, and schools for the children. With the prolonged crisis families have exhausted their savings. Many children, already forced to leave school from lack of infrastructure, must now beg or collect plastic for recycling to help parents pay the rent, a price that has skyrocketed.

In the Bekaa valley – one of the main points of entry into Lebanon – informal settlements and tent camps run by the United Nations are overflowing. Even more serious is the situation of Syrian-Palestinians who were forced to find accommodation in one of the 12 Palestinian refugee camps, now crowded to the breaking point.

Those who work in cooperation make possibilities out of a shoestring budget. In fact, as part of an appeal launched in 2013 to raise 4.2 billion dollars for the Syrian refugees, the United Nations requested 1.7 billion dollars to be allocated to Lebanon for 2014. As of June of this year, only a paltry 17 percent has been allocated.

The aid of Oxfam Italy is targeted at assisting the most vulnerable displaced persons by satisfying their most urgent needs, food and hygiene, and also by mitigating the social tension created with the local community. Distributing vouchers to purchase food and hygienic kits in local stores serves as a way to indirectly circulate aid through the local population as well, encouraging integration. In the Palestinian camp of Wavel, in Baalbeck, Oxfam comes alongside the school and supports the activities of a center for children where, among the drawings of flowers and bright suns by the small palestinian locals, are others, much more distressed, of helicopters that bombard homes and black clouds drawn by the children just escaped from Syria.

The work of photographer Giada Connestari is part of the project, Follow the Money, coordinated by journalist Emmanuel Bompan thanks to the Innovation in Development Reporting Grant Program of the European Journalism Center and La Stampa, which aims to tell the work of the Italian Development Cooperation and the people throughout the world who benefit from important projects of humanitarian and development aid. So we never forget the fundamental role of aid workers and and public funds for the Cooperation.

Giada Connestari was born in Italy in 1981. Gratuated in History of Art from the University of Bologna. She moved to Paris in 2005. She works for three years as a photoeditor in differents international photo-agencies and then she begins her career as a photographer. In 2011 she published her first photo-book, titled “Forget-me, everything is switched off” based on the stories and portraits of youth living on the streets of Bucharest, Romania, as a result of neglect. Now, she works mainly on environnemental and social issues. She collaborate with NGO’s, such as Oxfam and Coopi. Her photos has been published in national and international magazine, such as La Stampa, Libération, FotoEvidence, Intelligence in Lifestyle, Io Donna, BioEcoGeo, Le Monde Mag, , Inside Climate News.

Oxfam is a confederation of 17 organizations networked together in more than 90 countries, as part of a global movement for change, to build a future free from the injustice of poverty. We work with local communities seeking to influence the powerful to ensure that poor people can improve their lives and livehoods and have a say in decisions that affect them. We focus our work on vital issues to tackle the roots of poverty, from life’s basics to complex questions around aid, climate change and human rights.