As the Syrian conflict continues in Syria, more than one million Syrian refugees are registered in Lebanon. More than half are children, most of whom are out of school and many of whom are involved in the worst forms of child labor. 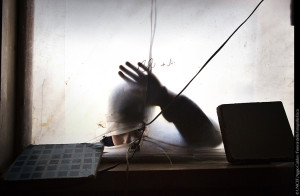 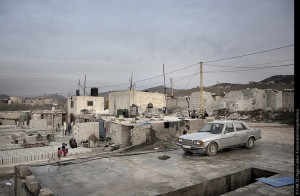 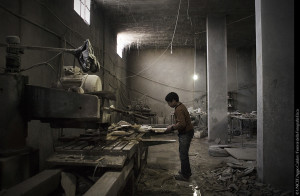 To obtain a residence permit in Lebanon, valid for 12 months, a Syrian refugee needs to pay $200, a price many cannot pay.

Many are afraid to move freely because they find themselves in trouble if stopped by Lebanese police or military without ID or the necessary papers.  Children under 16 years, are not required to show any documentation to local authorities, and therefore have greater freedom of movement. In Lebanon, children are often the main or even the sole breadwinners.

The situation is becoming more and more desperate. The number of children and adolescents who carry the burden and responsibility of supporting their families – at too young an age – is on the rise. In September 2013, the Government of Lebanon adopted a National Action Plan to eliminate the worst forms of child labour by 2016. However, even though the plan meets the needs of all children in Lebanon without discrimination, the plan is insufficient, due to the magnitude of the issue of child labour, and the fact that the situation is deteriorating. UNICEF warns that increasing numbers of children are toiling long hours for low wages, often in hazardous conditions, exposing them to violence, exploitation and abuse, depriving them of an education. To combat this trend, UNICEF and ILO, together with local NGOs, have developed a joint programme, to assist 20,000 Syrian and Lebanese below the age of 16, involved in or at risk of the worst forms of child labor.

In March 2016, UNICEF teamed up with the photographer Laura Aggio Caldon, to document the lives of children refuges, deprived of a childhood, making a living for themselves and their families. 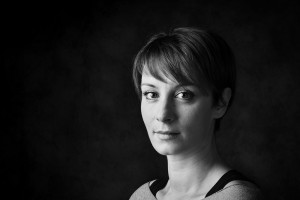 Laura Aggio Caldon, born in 1983, is an Italian freelance photographer, based in Rome. After studying at the Communication Psychology Faculty, she took the Photojournalism Master Class at ISFCI (Advanced Photography and Integrated Communication Institute) in Rome and graduated in 2013. Her documentary work focuses on social, humanitarian and geopolitical issues. Laura’s work on early marriage in Syrian refugee camps was shortlisted for the Sony World Photography Award in 2016 and has been showcased at the Somerset House in London. Laura’s work has appeared on CNN, Vice magazine, Al Jazeera, Daily Mail, Internazionale, Vanity Fair, Der Spiegel and Huffington Post, to name a few. Laura is currently represented by Phovea photo Agency.

UNICEF is a leading humanitarian and development agency working globally for the rights of every child.

UNICEF has spent nearly 70 years working to improve the lives of children and their families. Working with and for children through adolescence and into adulthood requires a global presence whose goal is to produce results and monitor their effects.

UNICEF also lobbies and partners with leaders, thinkers and policy makers to help all children realize their rights—especially the most disadvantaged.